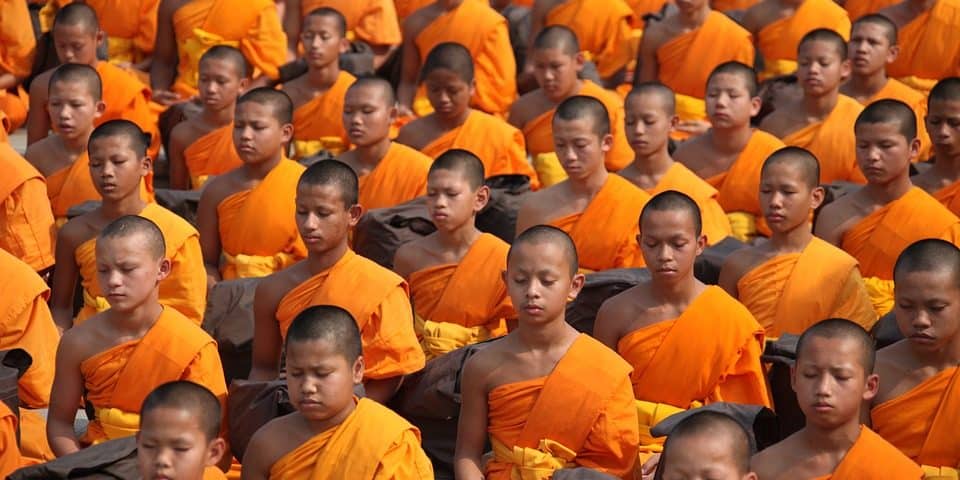 Meditation is growing in popularity in Western medical settings. Twenty minutes of meditation per day leads to mental and physical health benefits which are at least on a par with those produced by aerobic exercise. It also offers benefits to psychological and spiritual health and growth which no other activity offers.

Dr David Orme-Johnson’s review published in 2000 showed that many studies conducted over several year time frames have shown that meditation promotes growth into higher levels of psychological and spiritual adjustment. This is the purpose for which meditation has always been used in spiritual settings.

In the 1960s Abraham Maslow conducted research which showed that some individuals attain what he called “self-actualisation” – a state of awareness in which they automatically and often even effortlessly worked to fulfil their potential as individuals. They tended towards a high level of competence in their endeavours. They also tended towards a high moral awareness and sense of justice, and often pursued these ends through their life’s work. They evidenced a passion or even joy in the way they worked towards their goals.

Classic examples of these individuals include Martin Luther King, Mahatma Gandhi, Malcolm X, and others who have worked for the benefit of humanity. Although these individuals have often been motivated by humanitarian concerns, they could just as easily have devoted their life to science and discovery, or another field altogether. The most important point is not the field of achievement, or even the final outcome – it is the sense of higher purpose that these individuals feel in their lives.

Maslow conducted interviews and questionnaires with students and other adults. He contended that around a third of us report moments in which we are in touch with self-actualisation. We feel confident and efficient. We openly and easily engage with others as we work towards goals. We feel joy, passion, and even exhilaration in our work.

While many of us grasp this concept very easily and feel intuitively comfortable with it, only a very small number live in this state all of the time. He believed that less than one in a thousand of the university students that he interviewed in the 1950s experienced self-actualisation as something permanent.

He believed that those who experienced glimpses of self-actualisation should experience these moments more and more frequently and more continuously as life progressed. This would represent a healthy form of human development in which the individual ripened as they aged, rather than withered.

Maslow also believed that there was evidence that self-actualisation could, in the most developed of all individuals, blend into a permanent experience which he called self-transcendence, in which the individual achieved a permanent state of spiritual awareness. And he identified this with the saints of the world’s religions.

Investigation of self-actualisation was not limited to Maslow. Many other psychologists have investigated similar themes in human development and found something related. If development is healthy, then people will naturally come to experience life as something joyful, even exhilarating, and find that they work towards the goals that they set themselves easily and relatively effortlessly, and even develop an awareness of a higher power or purpose in the universe with which they can align their life.

All individuals experience a tremendous amount of growth in childhood and adolescence. Generally speaking we stop developing from early adulthood onwards. Meditation is one of the techniques that can be used to make sure that our development continues.

Research has shown that those who spend a few minutes meditating every day are more likely to have experiences of self-actualisation, that they happen more often, and that they last for longer.

Research has shown that meditation accelerates psychological development. Scores on scales of moral development, and measures of psychological maturity and emotional intelligence all increase as a result of meditation practice. Meditators report a greater conviction in their own beliefs and a greater ability to pursue their own goals rather than to follow the conventional expectations of society. They tend towards values of justice, equality and freedom, and are active in bringing about these goals in the world. They report far less symptoms of mental illness and psychological distress. They report greater joy, greater connection to the universe, and greater sense of life purpose. They often also report spiritual states of consciousness, and an awareness of the unity of all things.

These findings are not personal opinions or even summaries of anecdotal reports. They are measured using reliable scales of psychological development, and have been quietly finding publication in respected academic journals for over 30 years.

These studies are modern confirmation of the spiritual value that many cultures have found in meditation for thousands of years.

Orme-Johnson, D. W. (2000). An overview of Charles Alexander’s contribution to psychology: developing higher states of consciousness in the individual and the society. Journal of Adult Development, 7(4), 199-215