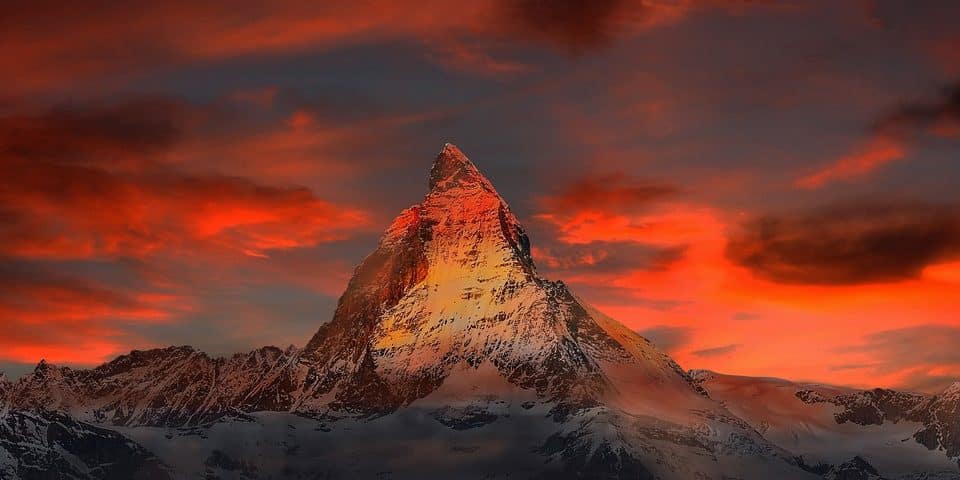 The psychologist Abraham Maslow developed a hierarchy of human needs which each person must address, and address in order, in order for life it to be satisfactory. Maslow is one of the most influential psychologists of all time. He is recognised as the founder of two of the four main schools of psychology: humanistic psychology and transpersonal psychology. His work had a spiritual flavour to it which has largely been ignored in mainstream psychology until recent years. In this way and others Maslow was years ahead of his time – but the presence of universal human needs has been confirmed by psychologists in more recently.

Maslow began to develop the original and simplest form of the model in the 1940s.

He created the model both from existing research into life motivations and from interviews with people in which he probed them with questions and administered psychological tests which he developed that were completed with paper and pencil at a desk. The needs are what is “felt is missing” from life. The emergence of these needs in the life was as follows.

Physiological needs: Meeting basic nutritional requirements and other physiological needs such as regulating body temperature on a daily basis. Generally correlated with the survival level experience of infants. They also returned in harsh life situations in adults: in situations of food scarcity, homelessness, etc. Physiological needs must be satisfied to a basic level in order for any higher need to emerge.

Safety needs: Once basic physiological needs are being met on a daily basis, emphasis shifts to safety. Safety involves more long term planning. Safety needs involve achieving a minimum level of personal security, financial security, etc. These needs will dominate experience until they are met, to a greater extent than anything higher up the hierarchy.

Emotional needs: Once safety is guaranteed, emotional needs will arise. Individuals can satisfy safety needs without satisfying emotional needs, by attaching themselves to a protective group. But love, friendship, and acceptance are human needs that remain to be met. The individual must fulfil these needs before they can devote serious time and energy to anything higher. Searching for the fulfilment of emotional needs is common in childhood and adolescence. These needs can return when an individual becomes vulnerable in later life, for example with the failure of a long term relationship.

Esteem needs: Once safety needs are met, esteem needs arise. Esteem needs are more of a luxury need, as they are not necessary for physical survival or for a basic degree of emotional stability. It has been identified as a primary need of modern Western individuals who live in a society of relative luxury. People want to be recognised for something by others. This will usually take the form of a pursuit of a profession or hobby, or the accumulation of possessions which represent wealth. Esteem needs are the need for prestige, fame, recognition, and status.

Self-actualisation: This was the final stage of Maslow’s original model. If the average level of human development in the modern West took them to the esteem level, then this was a level that motivated above average or extraordinary individuals, who had achieved satisfactory esteem needs early in life. Self-actualisation was often bound up with achievement, as self-actualising individuals often were high achievers. But self-actualisers achieved something more: they stood out for their engagement with life, and embodied a sense of exhilaration noticeable to others around them. They were special people. They were noticeable for the sense of ease with which they pursued their goals. They appeared to be in a constant state of optimal functioning or “top form.” Self-actualisation was associated with spirituality: such individuals reported a “high” which could be likened to the experiences of religious mystics. Maslow called this a “peak experience.” Maslow found these individuals hard to study as they were relatively rare, but observed that a higher number of individuals achieved something like this state on a more temporary basis.

The model in later years

Self-transcendence involved stepping away from identity with the original self altogether and identifying with something greater – the universe or even “God.”

In this condition identification with the individual self was completely transcended. This explained the psychology of saints and mystics, and made possible martyrdom.

Cognitive needs: Achieving a satisfactory understanding of the world.

Aesthetic needs: A need for beauty and balance to be expressed in the life

Self-actualisation: Effortless absorption in life and in work. Peak experiences of bliss and ecstasy. Awareness of a sense of mission in life.

Self-transcendence: A permanent realisation of peak experiences. The sacrifice of oneself to a greater purpose or force through work, or through death as seen in religious and political martyrs.

Maslow’s work remains highly influential. It is likely to strike an immediate chord with those who recognise aspects of self-actualisation and self-transcendence in themselves.

Maslow found that around a third of students in the universities he taught at had an intuitive grasp of these concepts and felt comfortable with them, while two thirds appeared to be completely puzzled by them. But only a small number showed signs of embodying these traits regularly.

For Maslow the purpose of life was to grow towards self-actualisation and self-transcendence.