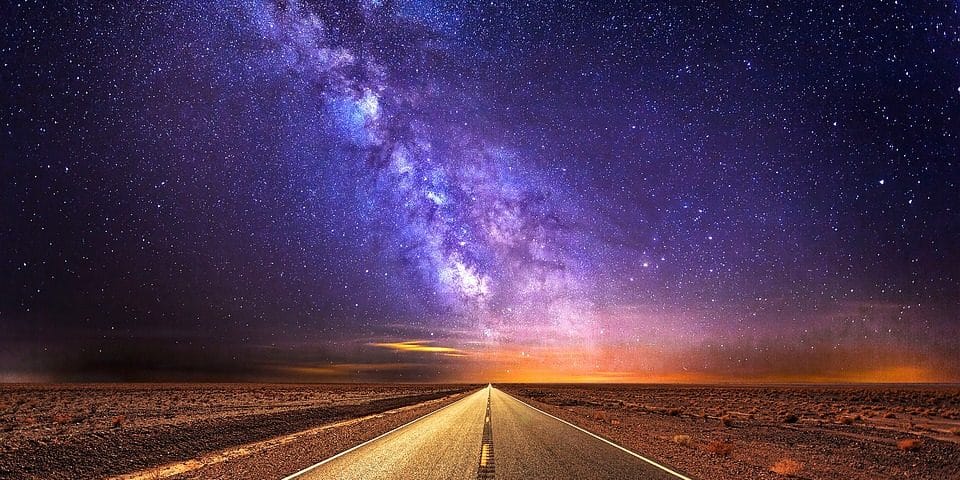 You will probably recognise a number of these unusual, wonderful, or disturbing types of dream from your own experience. The categories given here emerge from scientific studies of dream analysis, though most dreams fit into more than one category at once. Titanic dreams, lucid dreams, and the hallucinatory dreams of the transition between dreaming and waking are some of the most interesting commonly experienced altered states of consciousness.

Day residue dreams: These are simple hangovers from the day’s action. The brain goes over the day’s activities and events and sorts them. Sometimes these dreams are remembered, but they are rarely considered to be significant. Dream journals have shown that the majority of dreams involve narrative about daily events in our lives. They are rarely significant to us and are not usually remembered.

Archetypal: These dreams are the “big” dreams, full of personal symbolic meaning, though the meaning is often shrouded in symbolism. Archetypal dreams are often so powerful that they are still recalled years later, while day residue dreams are usually forgotten within a few minutes of waking. In transpersonal psychology these dreams are said to be imbued with a “numinous” energy which flows from a deeper part of the self. We might call this the soul. The psychologist Carl Jung called it the “collective unconscious.” Conventional psychology has little ability to explain the sense of significance that these dreams hold for the dreamer. 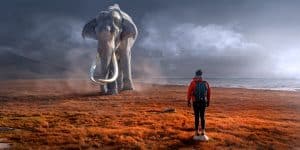 Above: Archetypal dreams contain powerful imagery imbued with profound personal meaning or intrigue and are remembered for years to come.

Lucid dreams: The individual is consciously aware of the dream. They are aware that they are dreaming while the dream unfolds. Sometimes these dreams occur spontaneously. Some people cultivate them intentionally, through lucid dream techniques (sometimes called Dream Yoga), or through developing a meditation practice. Sometimes the dreamer can influence the contents of the dream: they have the ability to choose for an object, person, or event to appear in the dream. Sometimes they are not controlling the dream, they are just the passive witness to the dream phenomena. Lucidity (having a lucid dream) can occur at any part of the sleep cycle and can encompass any type of dream.

Hypnogogic and hypnopompic states: These refer to states in between wakefulness and sleep, which are usually most noticeable at sleep onset and whilst awakening. They tend to lack the narrative character of some deeper dream states (they don’t tell a story) and just involve sensory impressions. Spontaneous lucid dreams often occur in these conditions, and are most common in the hypnopompic states that can occur whilst awakening in the morning. They often have an auditory component, for example hearing a voice “in one’s head,” hearing one’s name, or a word or phrase. The auditory aspect is often strongest in the hypnagogic state of sleep onset at night. Distortions of the body are common parts of this experience, as are sensations of motion. Out of body experiences can occur. Visual components might include faces, a voyage through a tunnel, dots, circles, shades of colour washing through the mind, repeated simple shapes, or geometrical designs. They can occur with the eyes closed or with the eyes partially open, in which case visual phenomena are superimposed over what can be seen of the room.

Distortion of time and space: Usually occurs during the hypnagogic and hypnopompic phases. A spinning sensation is commonly reported at sleep onset which might be pleasant or unpleasant. The body can be experienced in an altered way: for example as hollow, as elongated, as flattened. Consciousness might be focussed into unusual areas of the body, often corresponding to the chakra centres of Eastern spirituality. Out-of-body experiences can occur here, in which the felt connection with the body is lost completely, and a purely mental world is experienced. Lucid dreams are often a form of out-of-body experience.

Dreams of flying: Dreams of floating or flying are commonly reported. Researchers have suggested that this is due to disturbance of the brain area known as the vestibular system (responsible for our sense of balance) during sleep. These are often pleasant dreams, and are reported to be liberating or exhilarating.

Dreams of faces: Seeing changing faces in the light hypnagogic states around the transition from sleep to waking is very common. Dream researchers have suggested they might be caused by alterations in the tactile sensations in one’s own face due to decreased nerve sensitivity at sleep onset.

Paralysis dreams: Being partially awake and unable to move is a common dream experience. Dream researchers believe it may originate from suppression of the motor systems (physiological systems responsible for limb movement) during sleep. These dreams can originate from either than hypnagogic/hypnopompic phases or from REM sleep. 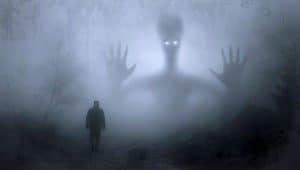 Above: Nightmarish apparitions can accompany sleep paralysis states. As with all dream phenomena, the best way to handle the situation is to recognise the dream for a dream, and relax!

False awakenings: Dreaming of having awoken and begun the day, only to wake up in bed, often with a profound sense of surprise that the dream of the day beginning can have seemed so real!

Nightmares: Unpleasant dreams that can incorporate features of any of the dream types mentioned here.

Sexual dreams: Often charged with powerful energy. Freudian accounts attribute this energy to uninhibited sexual expression following the deactivation during sleep of areas of the brain responsible for repressing feelings. An alternative explanation is that they are charged with the energies of the collective unconscious and sex is a symbol of the union of the individual soul and god or the universe. 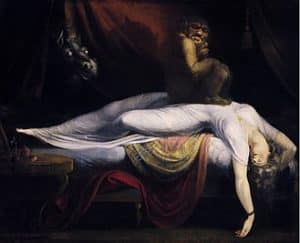 Above: Henry Fuseli's 1781 oil painting of the night terror or incubus experience. (Detroit Institute of Arts.)

Night terror: Traditionally these dreams involved the presence of a demon-like creature which was said to sit on the chest and crush the person. Often these dreams were intensely real, either lucid dreams or occurring at the boundary between sleeping and waking with sleep paralysis involved. Clusters of occurrences of these dreams occurred in particular geographical locations leading to the belief that the night terror demon was visiting a particular town or village. Today the term “night terror” is used to refer to a sudden awakening from stage 3 sleep accompanied by a deep sense of fear, although the traditional dream involving the demonic figure is still not uncommon.

We think of dreams as having bizarre or unusual contents. Things happen in dreams which are just not possible in ordinary life. Studies of the dream journals of those who are experienced with dream recall have shown that most dreams actually have very ordinary contents. The dreams with unusual contents tend to stand out because they are the ones that we remember.

Snyder’s studies of dream contents from 1970 showed that:

So most of the time we simply replay events that have actually happened in our dreams, or dream things that have not happened but which easily could happen in the everyday world. Dreams with fantastical elements are rarer.

A similar situation emerged from Doris, Doris, and Rechtschaffen’s studies of dream contents from 1971. The study found that:

Precisely because most dreams are unremarkable, we forget them quickly. The dreams we remember, especially several months or years later, are the ones that are remarkable. Most dreams are fairly ordinary. But for most individuals, these dreams will not be recalled even if they make an effort to recall their dreams (by writing down dream content in the morning, or some similar technique). Even individuals very accomplished at remembering and recording dreams forget most of what they dream very quickly.

Practicing dream recall techniques will increase the chances of remembering the archetypal dreams when they occur – the really interesting dreams that are full personal significance. Increased memory will in turn increase awareness in sleep in general, and this will increase the chances of having a lucid dream, or better still a lucid-archetypal dream. These are the real jackpot of dream experience!